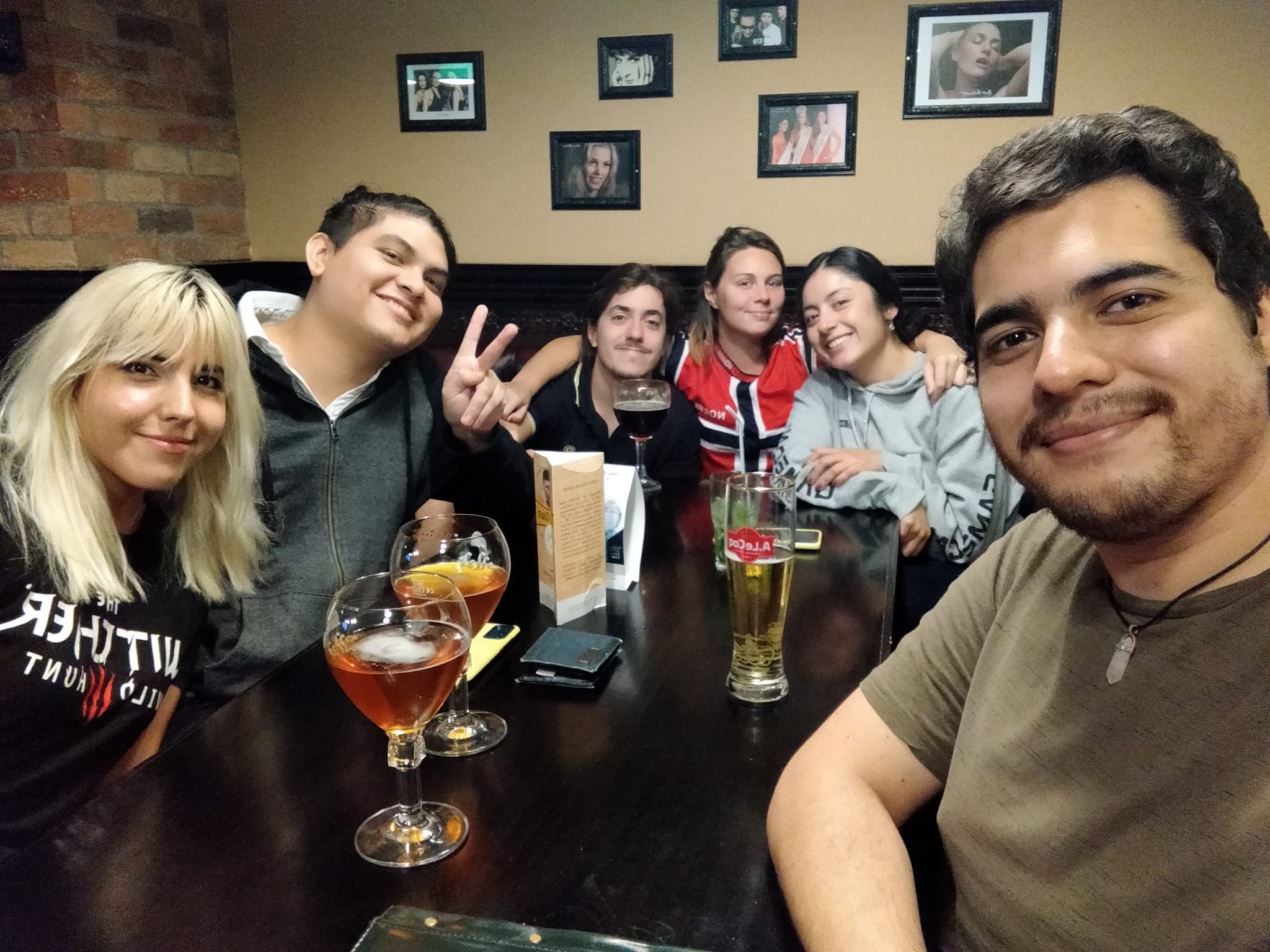 All the way from Colombia – Cristian’s story

As many other Latin-American’s, my dream of coming to Europe was almost as big as my dream of making games. My journey started in my home town of Colombia called Pamplona, where I grew up among video games, computers and a number of friends I could count with a single hand. For me, video games […]

As many other Latin-American’s, my dream of coming to Europe was almost as big as my dream of making games. My journey started in my home town of Colombia called Pamplona, where I grew up among video games, computers and a number of friends I could count with a single hand. For me, video games were a magical product that came from a faraway land and far from being something I could craft by myself, let alone something I could get my livelihood from. However, I would grow up to learn that video games, as anything behind a screen, could be made using programming and math and got deeply interested in them. Once college time came, I left my home town and moved to Bogotá, Colombia’s capital, to study the closest thing to Computer Science my country was offering.

Back then the world was small for me and Bogotá was the biggest place around. It surely looked like it, since the place had more people that I could have ever imagined. With more research I learned that games were not only made by people like me but were also made in Bogotá by a couple of small studios and I got hooked. My other classmates were also dreaming about making games and we all started to plan how we will jump into game development as soon as we got our degree. I realized that in order to make games at a high level I needed to learn English, so I went to United States as an exchange student to finish my degree and improve my second language. I even managed to get a job when I came back to Colombia in which I used Unity and Unreal Engine (two of the most popular game engines available) in which I would make small experiences similar to games with the objective of creating marketing campaigns for clients. Once I finished my degree, I got accepted to a Master’s Degree Program in one of the biggest universities in Colombia and started doing research in Software Engineering. Me and my wife at Guatapé, Antoquia 2020

If you think that the ending doesn’t fit with my story it’s because it didn’t. I finally was out of college just to enter back again into hours of research in how to improve Software Companies performance and earnings. As far from games I ever been I started to suffer from depression without knowing why, until eventually I found out that my body was telling me that it wasn’t the right path. Everyone around me was telling me that I should be grateful for being where I was and that games were just that, games, and thus shouldn’t be taken seriously.

I´ll be always grateful by the people that where around me in that stage of my life, since they helped me realized that I had to listen to my hearth and do what I dreamed to do, not what society was telling me I should dream.

Drastic situations require drastic solutions, so I decided to leave my job and the university and live out of my savings for a couple of months. Those months I would only study and practice game development and focus in the path I had always dreamed. Even though many people were telling that it was my biggest mistake I continued and finally after three months I got hired as a Junior Gameplay Programmer in a renowned video game company in Colombia.

Once I was inside of the industry I just couldn’t look back and got as deep as I could, going back to my home to keep studding Game Development and learning each day. Then the pandemic hit and I took my time at home to take care of my family and look how far I had come. It has been two years and I was already Lead Game Developer at my company, I could keep rising the latter in Colombia until I got into the biggest studio there, but we all know that games that leave a mark on us when we were kids are not made in Colombia yet. I was looking at my options until I was contacted by Gamecan.

Right in that moment, the Gaming Industry was not in a good position. Overworked employees and bad working environments were news constantly and I was looking for something better than that. When I was contacted by Gamecan I immediately knew it was a different place. They only didn’t care about making the best games they can but also making sure all team members have a good work and life balance. Gamecan is located in Pärnu, which I think is one of the best places to live due to its tranquility and natural connection. So, I took the risk and moved to Estonia with my wife to start a new life.

Anyone that tells you that relocating to another country is easy probably hasn’t tried it before. Even though life conditions in Estonia are far better than in Colombia, leaving your family and friends behind is always hard. Me and my wife miss Colombia’s food, music and people every day and probably will do so forever, but what we are getting back is a great trade off. Our life in Pärnu is the best we have ever had, being able to walk in any direction and knowing that you will find either a beautiful beach, a calm forest or a relaxing river is priceless. Even though Estonians have a reputation of being cold they can be the kindest people once you get to know them and they have welcomed us with open arms. Finally, working at Gamecan is both and exciting and enriching experience, where I get to learn new things each day by also challenging the boundaries of what I have created every day. 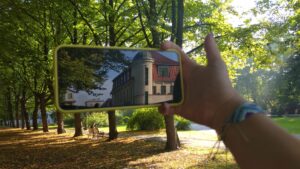 Arriving to Pärnu was an experience itself. At Gamecan, someone relocating is a big deal since all of us know how challenging it is, so we make sure that everyone can find help and friendship as soon as they arrive. As soon as a new member of the team gets out of the plane we get together and have a big celebration, making sure they have everything they need to start their life here. For all of us it’s hard to get used to a new culture without knowing the language, so our team is always around to guide in all the things we need, especially if we need translation from Estonian. Also, all of us being from different places makes time in the office a giant cultural exchange that helps us all grow as people, so instead of looking at it as a disadvantage we think of it as something that many other teams lack and should have. 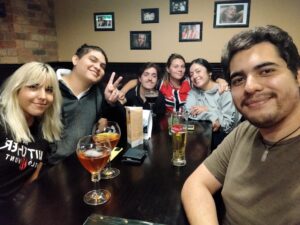 Even though my current life at Gamecan is better than I always imagined, we all know that more exciting times are ahead. Our team is growing fast and our ambitious projects grow even faster, so we can only prepare and wait for the celebrations that will come, both personal and professional.

Relocating, as all the best experiences of life, is a hard and difficult process that fills you with great satisfaction and growth. It’s like going on a wild roller-coaster with the promise of a great life at the end of the ride only available to those brave enough to hold tight on the harsh parts. So, naturally, I would recommend anyone that has big dreams, to do it.