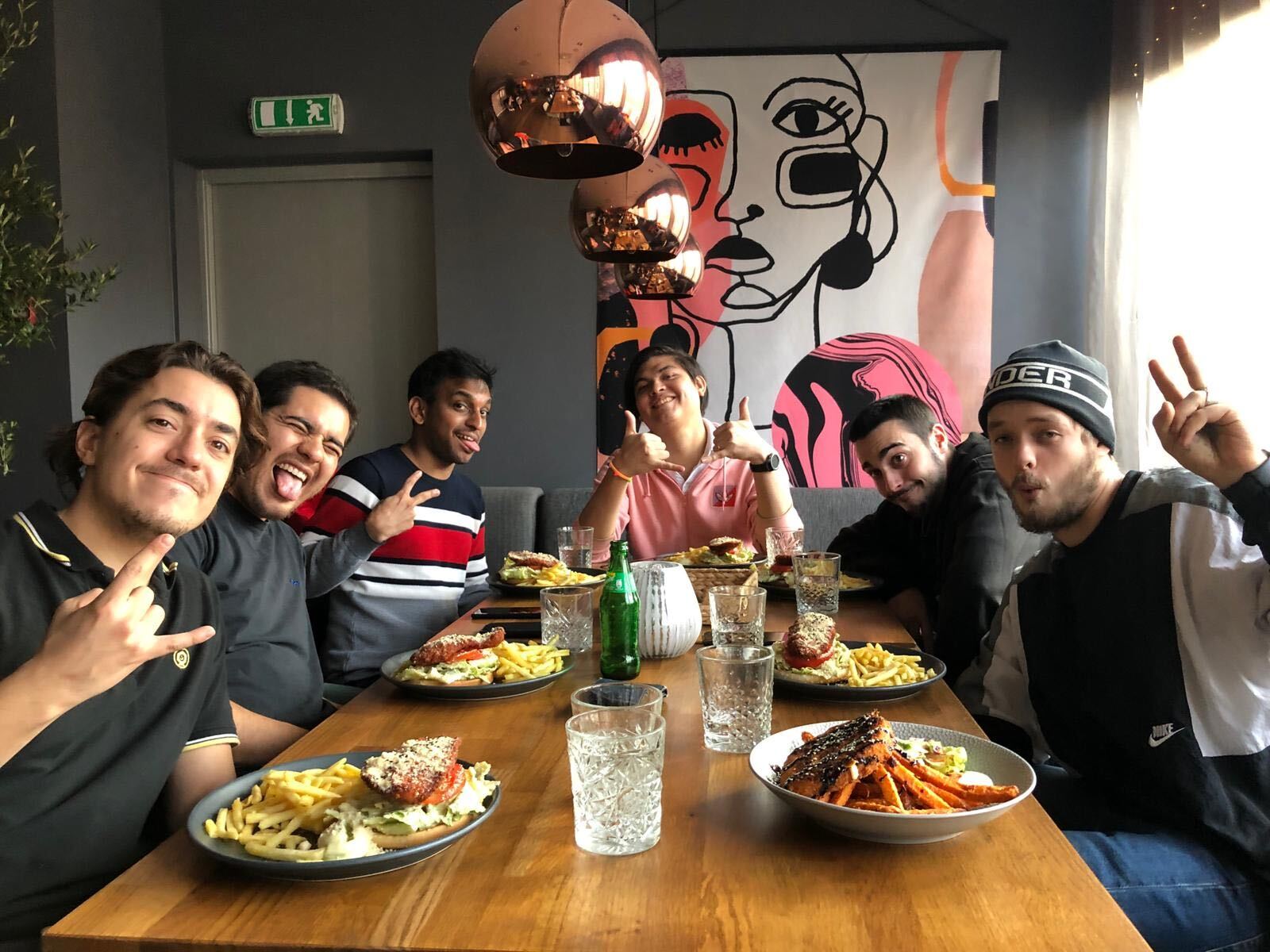 All the way from India – Abhilash’s story

“Where is Estonia on the map?” – These were my first thoughts while applying for the job at Gamecan. I had to look it up before I applied for the job. Once I confirmed it wasn’t a place where I would get mugged I was good to go 😀 After 6 years of working outside […]

“Where is Estonia on the map?” – These were my first thoughts while applying for the job at Gamecan. I had to look it up before I applied for the job. Once I confirmed it wasn’t a place where I would get mugged I was good to go 😀

After 6 years of working outside of video game development, I was hoping to break into the games industry with my accumulated experience as someone who will help build great teams that make fantastic games.

I started my career as a games research analyst and later became manager of the team. During the process, I learned about people and project management leading a team of up to 40+ members. Working with a team of so many people we worked on a product that helped evolve video game recommendations to make a meaningful impact on players’ purchasing decisions. By 2021, I noticed that as much as I had fun working with my team and building an amazing product, I found my energy focusing in other directions, and I slowly realized this was the signal that it’s time to move on. 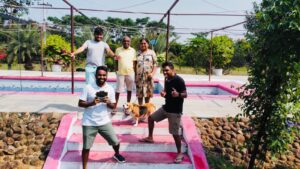 Abhilash with his family at Hyderabad, India

I did not necessarily aim to move to Europe specifically but rather was looking for another company that would always appreciate its employees and would offer amazing growth opportunities. After my interview, I had my answers and felt like Gamecan was the place I needed to be. Not only did Gamecan have strong ambitions in mind but also felt like the place where the employees were at the center of everything they do. This was all I needed to make the switch.

Coming from India and having already lived in Germany for a while, I had a specific picture in my head of the kind of place Pärnu would be. I watched videos and read a lot of articles about Estonia in general and it’s growth to try to gauge an image of the environment I would be moving to. The relocation was smooth and Gamecan was willing to assist and be there every step of the way. I got my visa in a matter of weeks which is saying something while moving to Europe. In just a matter of two months, I was ready to pack my bags and say my bye-byes to India.

After a 16 hour flight and 3 connecting flights (One which I missed and spent 8 hours at Stockholm airport), I reached Tallinn Airport in the middle of the night. The cold wind slapped my face as a sign of welcoming me to which I happily obliged. But boy was it cold. After a 60-90 minute ride, I reached Pärnu and was met with a warm hug from the CEO Marten Palu. He said, “Welcome to Estonia!”. Keep in mind this was in the middle of the night at around 12:30 AM. We were also joined by our lead developer Cristian and his wife who had also come to welcome me. It was surreal. They found me a temporary place to crash for the night and I was hoping to do so after my exhausting 16-hour flight (+ 8 hours at Sweden airport).

Just when I hoped to crash, we decided to celebrate my arrival by having a few drinks! They made my arrival memorable and it will be etched in my head. 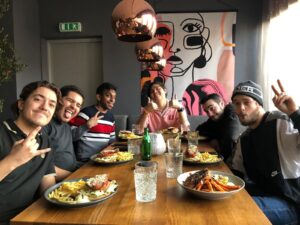 Fast forward a few weeks to now the welcome I received and the awesome people I have met inside at Gamecan, this is definitely what I wanted and more. I moved into a cozy apartment which is a 20-minute walk away from the office and also settled in quite nicely. Pärnu is a quiet city with a lot of lovely parks and greenery. I couldn’t be more excited for what the future holds for me within Gamecan. I intend to keep Gamecan awesome and add the values I have learned all through the years to this amazing company!