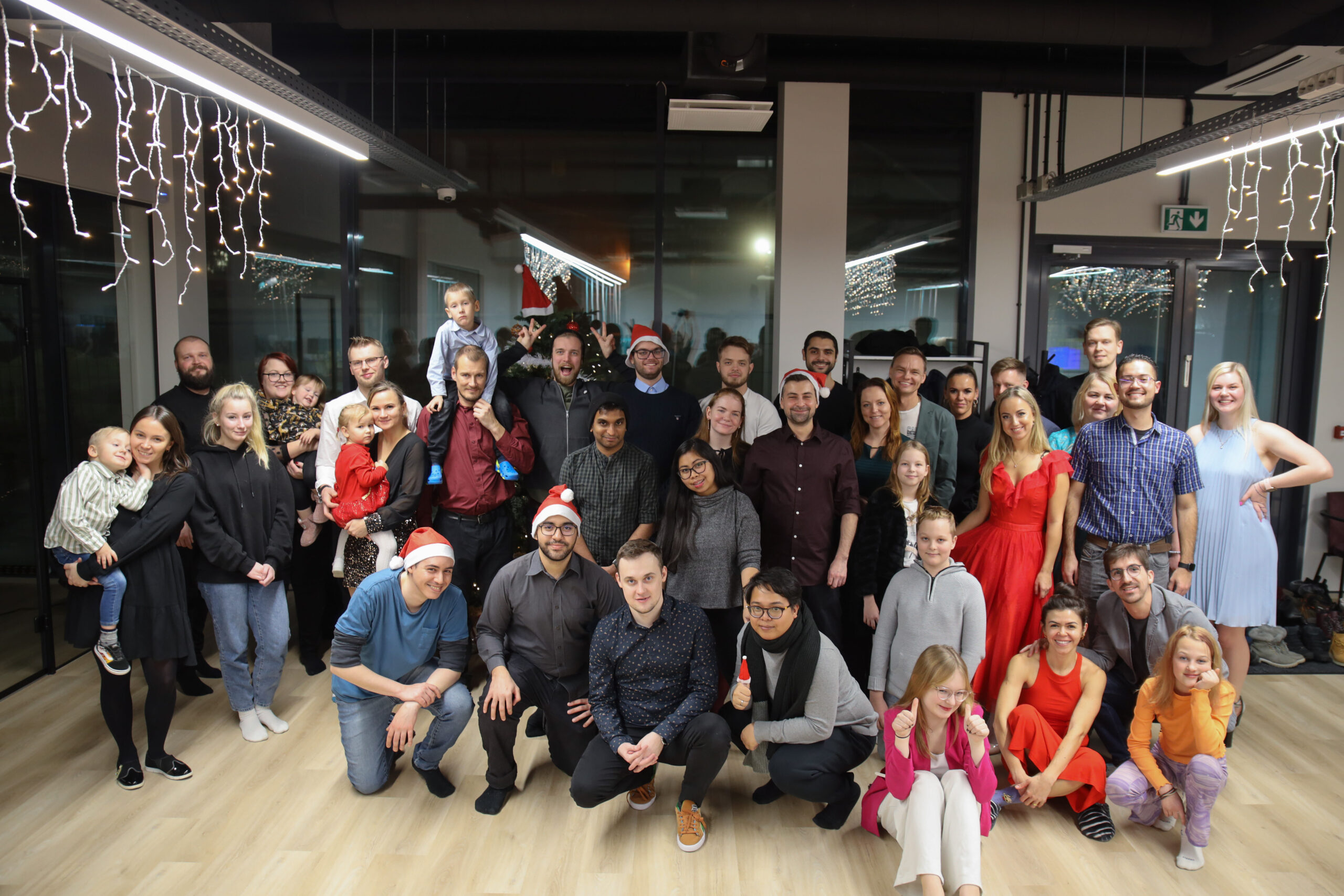 Here's a recap of all the exciting things that happened in 2022 at Gamecan!

Gamecan ended its 2022 with a talented team of 35 people from 15 different nationalities! It was a year filled with hard work, dedication, and challenges, but also one of joy, laughter, and camaraderie. The team formed strong bonds, and everyone had the opportunity to learn and grow both personally and professionally. It was truly a year to remember!

In January, the team took a trip to Kiviõli, Estonia for a skiing and snowboarding adventure. On the first night of the trip, we were surprised with the Northern Lights! The rest of the trip was filled with skiing, snowboarding and other fun team bonding activities. 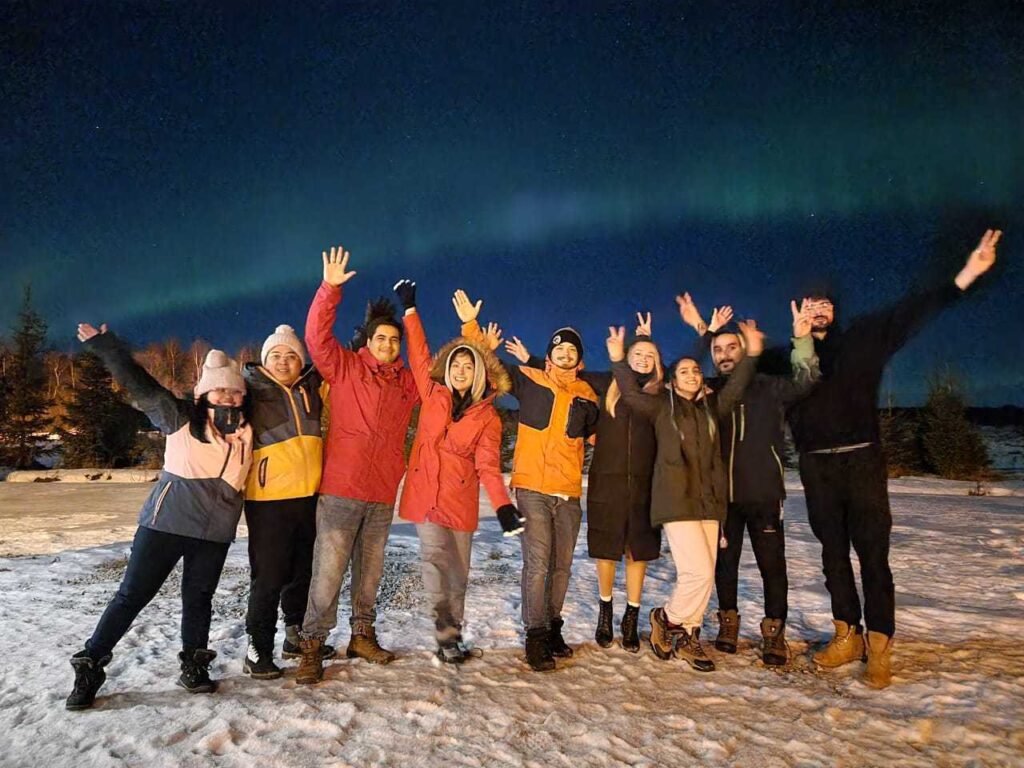 At the end of January, Gamecan hosted the first Global Game Jam in Pärnu, with participants from Finland, Latvia, and Estonia. The theme was Duality and four prototypes were created, one team even created a project using PowerPoint. 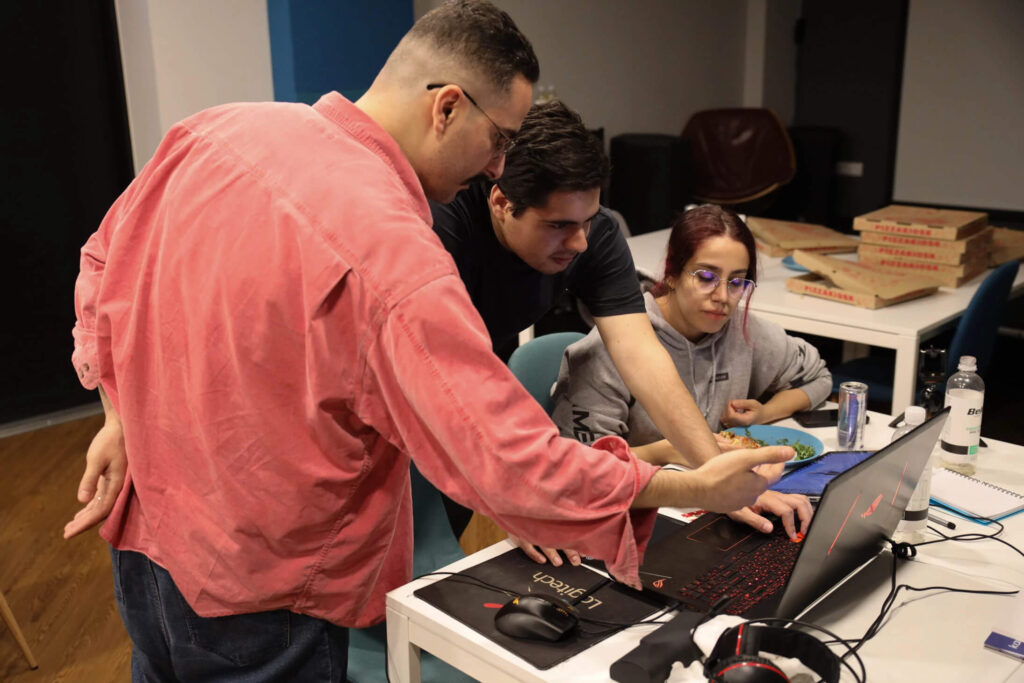 In February, our team attended Gamedev Estonia’s first Gamedev Meetup #1 at LVLup! Video Game Museum. The event featured a history of the game industry in Estonia and updates on the latest advances in the mapping of the Estonian game development scene. The team had a great time exploring and learning at the event.

In March, our CEO Marten gave a talk at a game industry conference Mobidictum in Turkey on the topic of “Building a successful studio on the ashes of our failures.” He shared the story of Gamecan and how we have persevered through challenges to achieve growth. 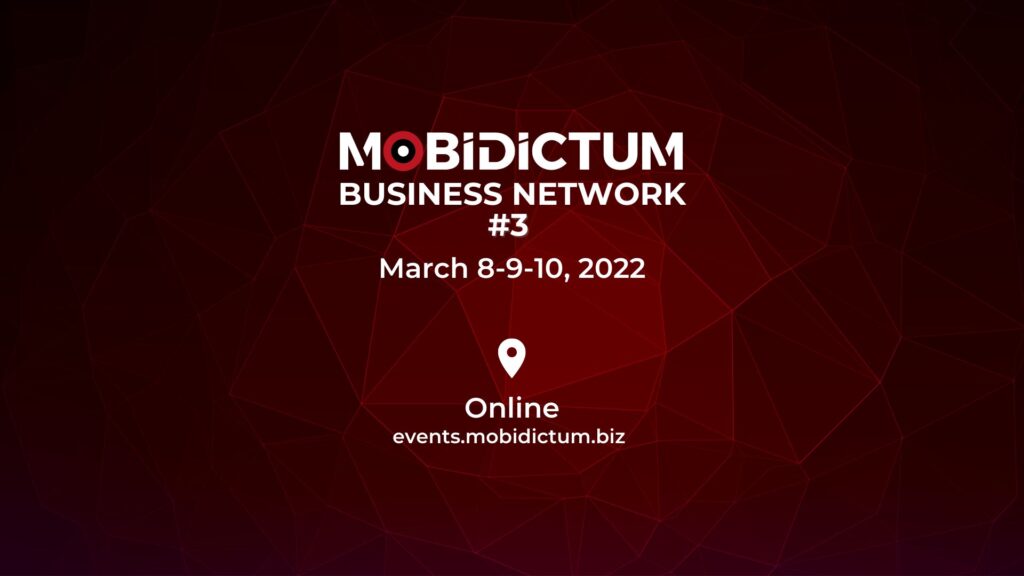 In the office, our team member Cristian and his wife Kathy started offering a weekly Colombian-inspired menu for team lunches. Everything was really tasty and the whole team loved the opportunity to enjoy home-made meals in the office. 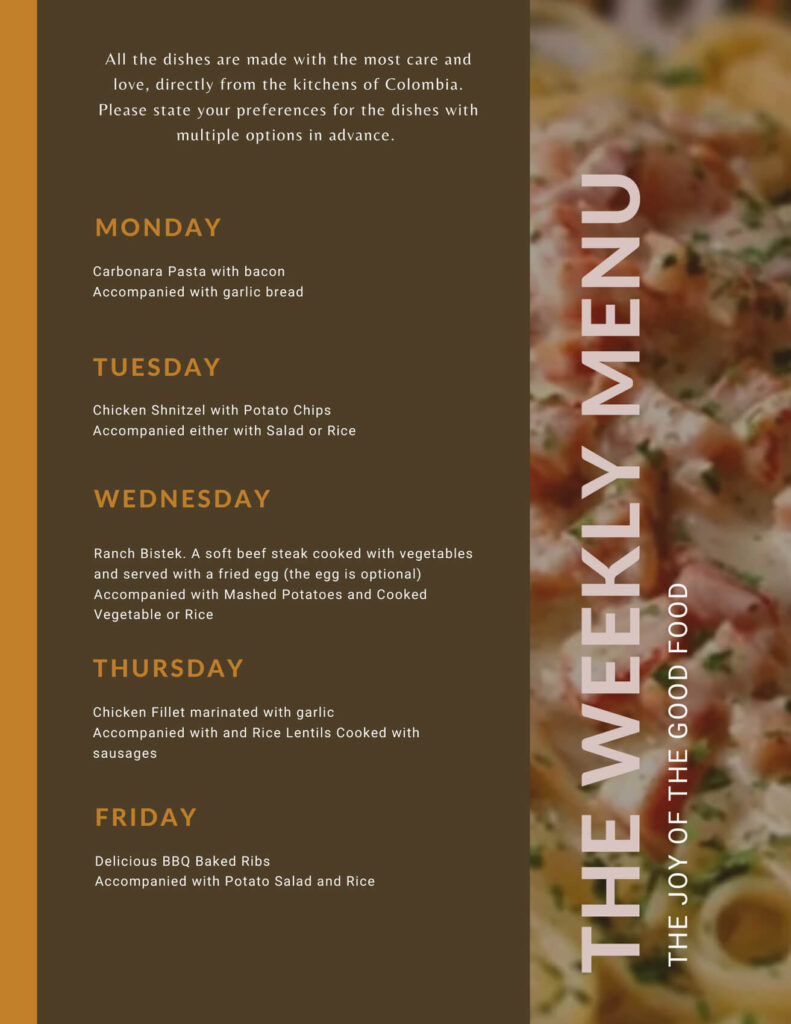 Our Art Director Mattias was invited to a co-working space in Pärnu called Forwardspace to talk about his story of how he turned his hobby into a career. The event was part of an event series introducing different IT jobs. He talked about how art has affected his life and what kind of “leaps of faith” he has taken to move forward in his professional life. He introduced how 3D modeling is used in game development, what processes are often used in different industries and how to start a career as a 3D modeler. 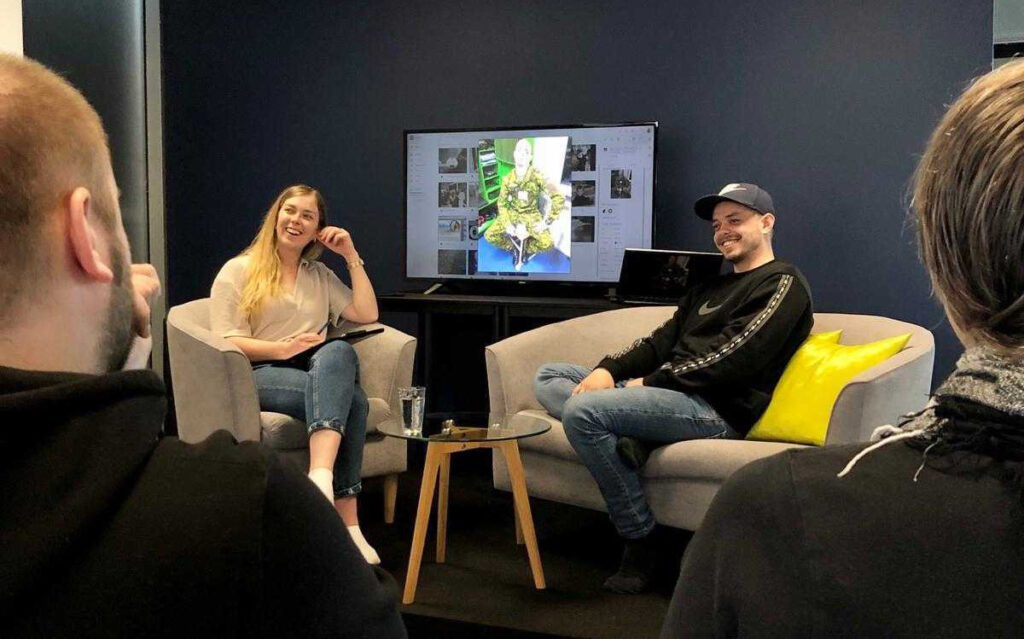 The team had a fun team event playing paintball in an old brewery in Pärnu with three floors for battles. There were multiple rounds and strategies used, and the final round was held in an open field with Mattias and Fran as moving targets. 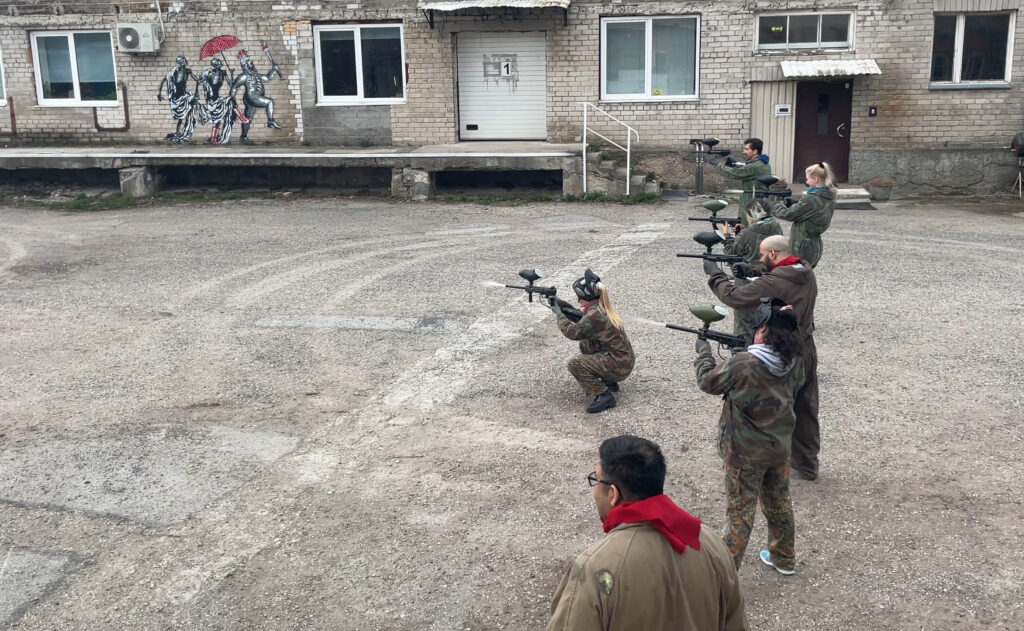 One of the biggest highlights for Gamecan in 2022 was the official announcement of Full Cycle Game Academy!

As our company has grown, we have struggled to find new talent as quickly as we would like, and we know that this is a problem being faced by many other companies in the industry. One of the main drivers behind the creation of Full Cycle Game Academy was the need for more Unreal Engine specialists in the game industry, as the engine continues to gain popularity. We also wanted to contribute to the development of the game development scene in Estonia. The first course offers a range of topics covering various aspects of the game industry, with a focus on providing in-depth training in Unreal Engine.

Our goal is to give students the skills, knowledge, and experience they need to succeed in the game industry, and to replicate the work environment of a real game development company. We believe that this approach will give our students the best chance of securing a job in the industry after completing the program and we continued with the hard work to launch the academy in September.

A group of team members visited Saaremaa, the biggest Estonian island with a unique dialect and historical ruins. They visited two castles, learned about the island’s history with the Vikings, and visited the Panga cliff. One highlight of the trip was seeing the Kaali crater, a massive hole caused by a meteor impact. 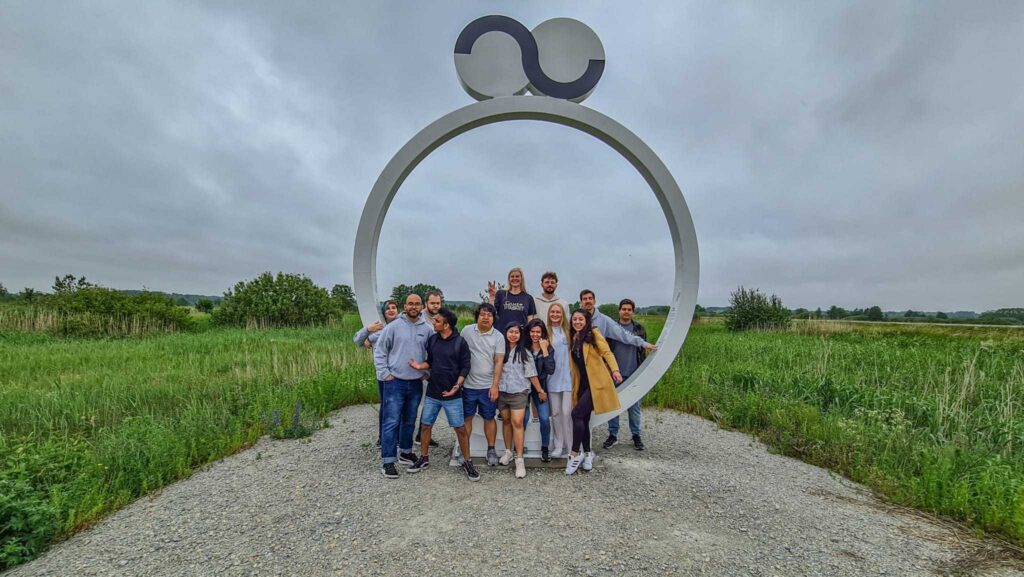 On Midsummer’s Eve, the whole team came together and we celebrated with traditional Estonian games, food, and drinks. The celebration included international cuisine. We also visited the beach for a refreshing swim and ended the celebration by enjoying Pärnu’s famous sunset. 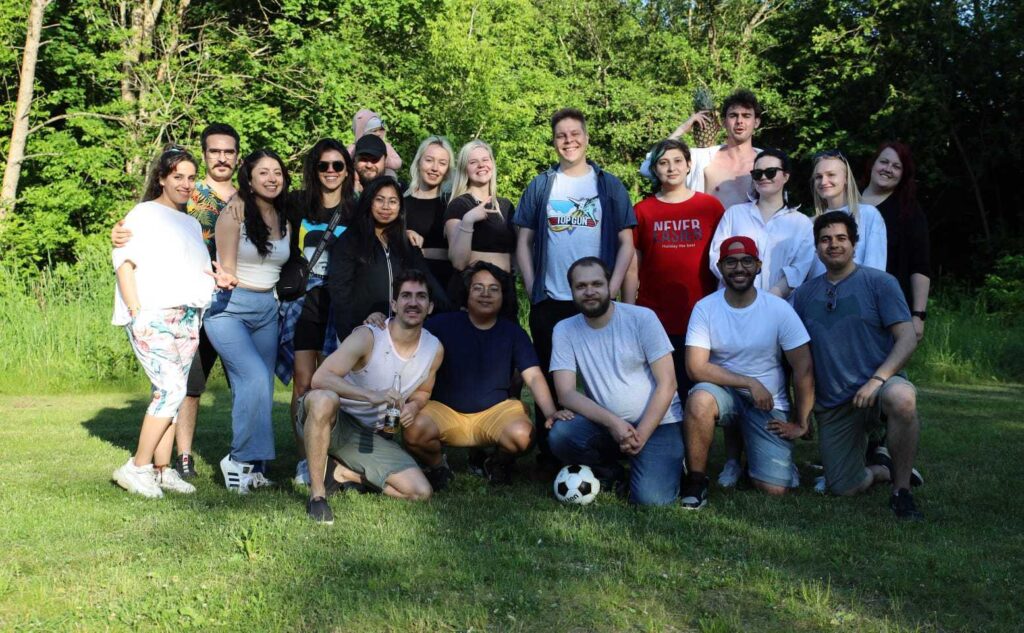 For this year’s summer retreat, our team headed to the beautiful Toosikannu Puhkekeskus. This vacation spot offers a wide range of outdoor activities, as well as the largest red deer and wildlife park in Estonia. 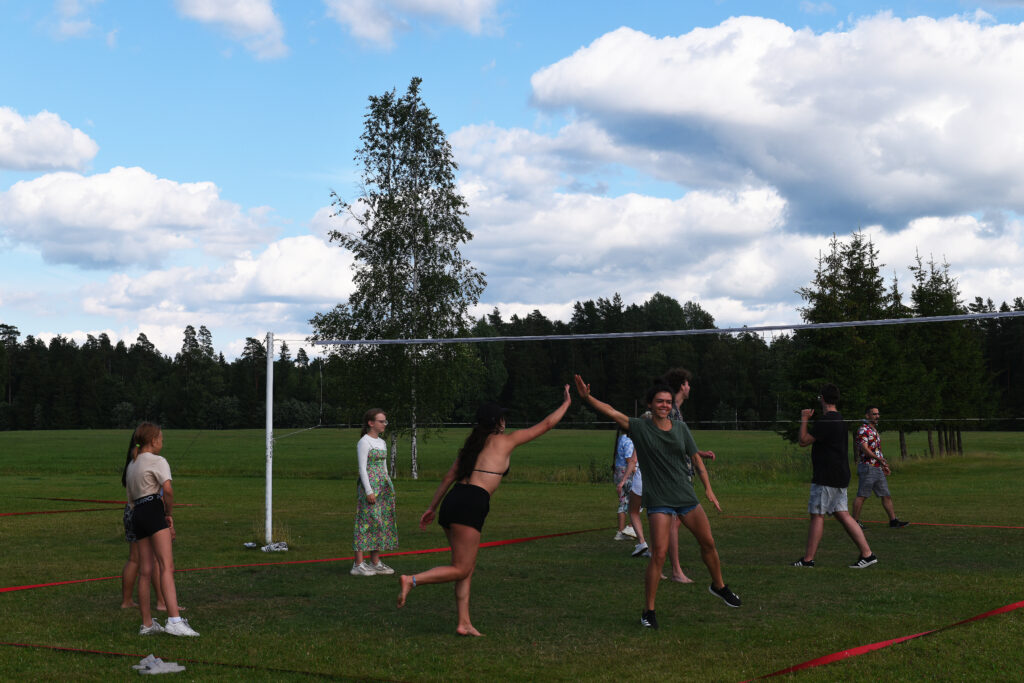 Upon arriving at Toosikannu, we had a delicious lunch and settled into our comfortable cabins and rooms. The weather was perfect, so half of the team took a refreshing swim in the lake. In the evening, our Management Assistant Lisenn organized a treasure hunt and trivia night, which was a lot of fun. The night ended with live music from the Latin America-infused band La Luna and dancing. 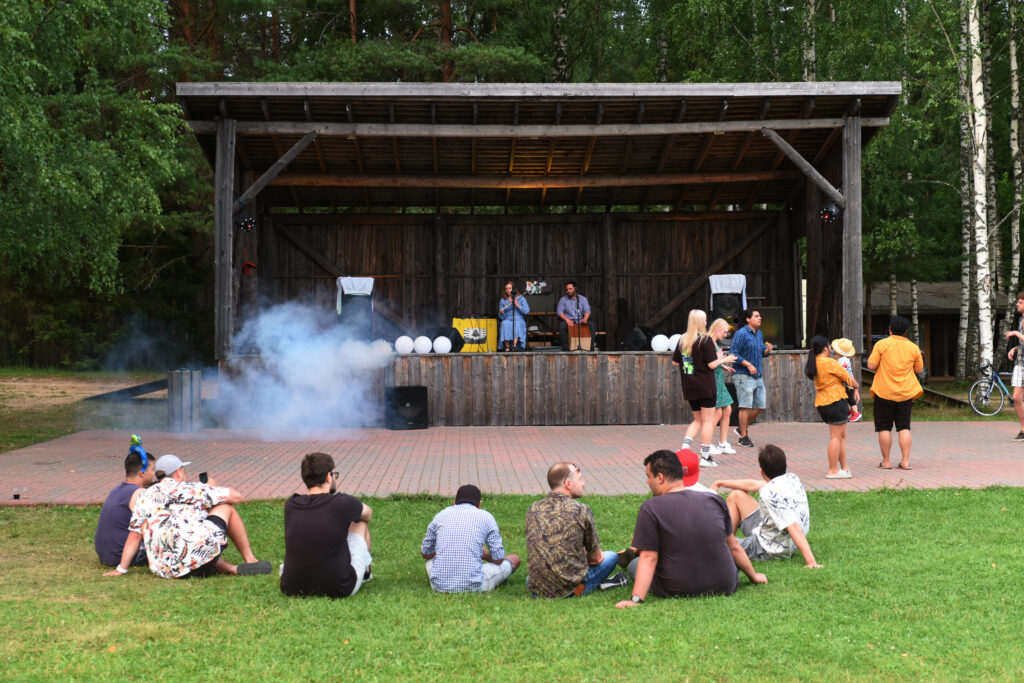 The next morning, we enjoyed a hearty breakfast to fuel us for the day. Our first activity was testing our marksmanship at the shooting range, although some team members had to brave the rain to do so. Afterwards, we held our annual Gamecan Awards ceremony, where everyone was recognized for their hard work. 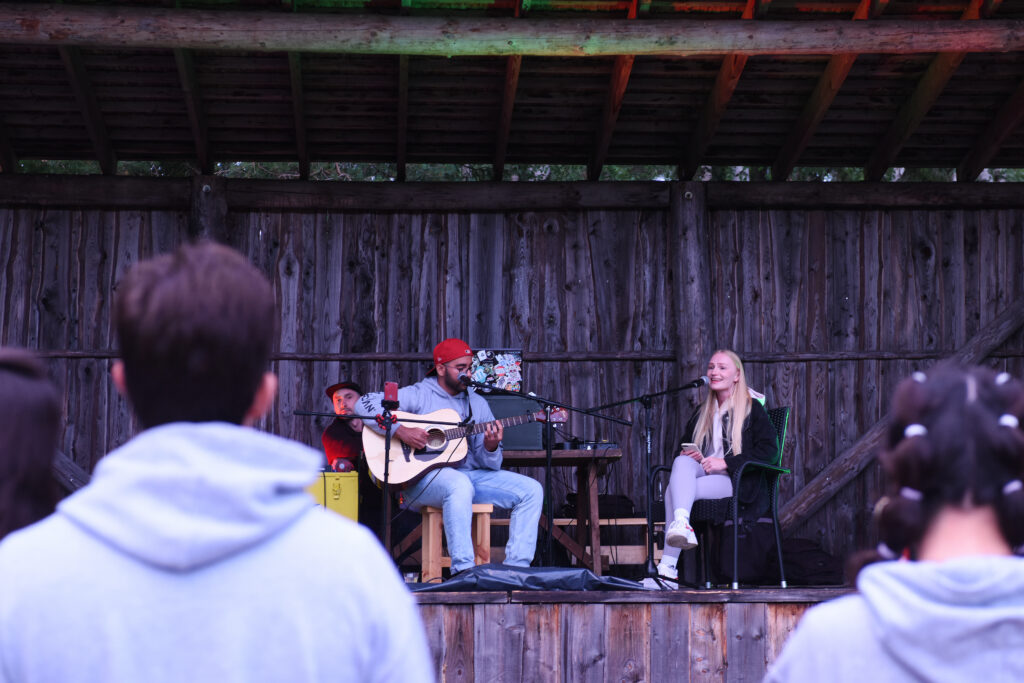 On our last day at the retreat, we went on a safari trip, danced the night away, and enjoyed more live music from our talented teammates. We had an amazing time at this year’s retreat and are already looking forward to next year’s! 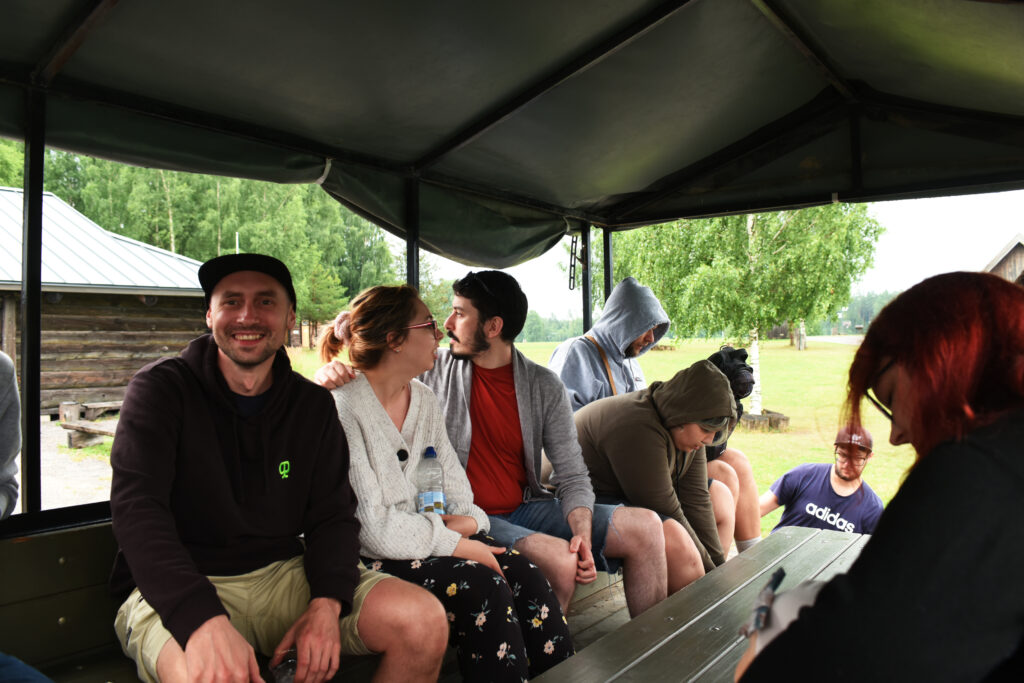 In August, our Associate Producers Abhilash and Ronnie attended Gamescom 2022 in Cologne, Germany to represent Gamecan and Full Cycle Game Academy. They had a great time at the tradeshow, meeting with industry professionals and sharing experiences. 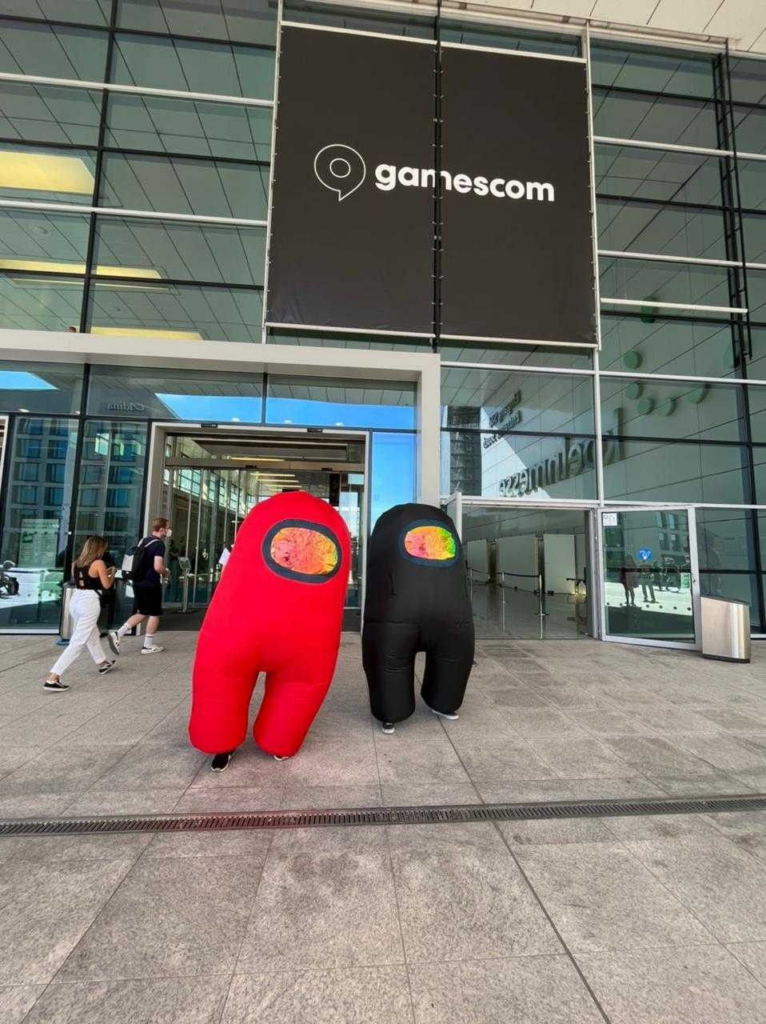 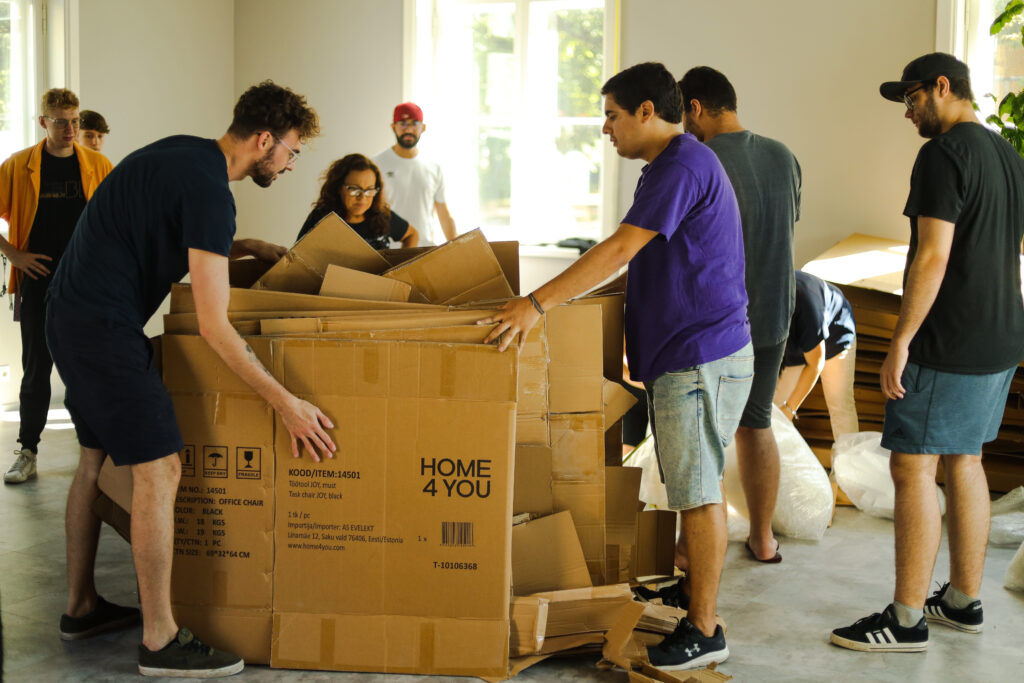 Full Cycle Game Academy launched! The academy had its first lecture on September 5th and was officially recognized as the first Unreal Authorized Training Centre in Northern Europe! 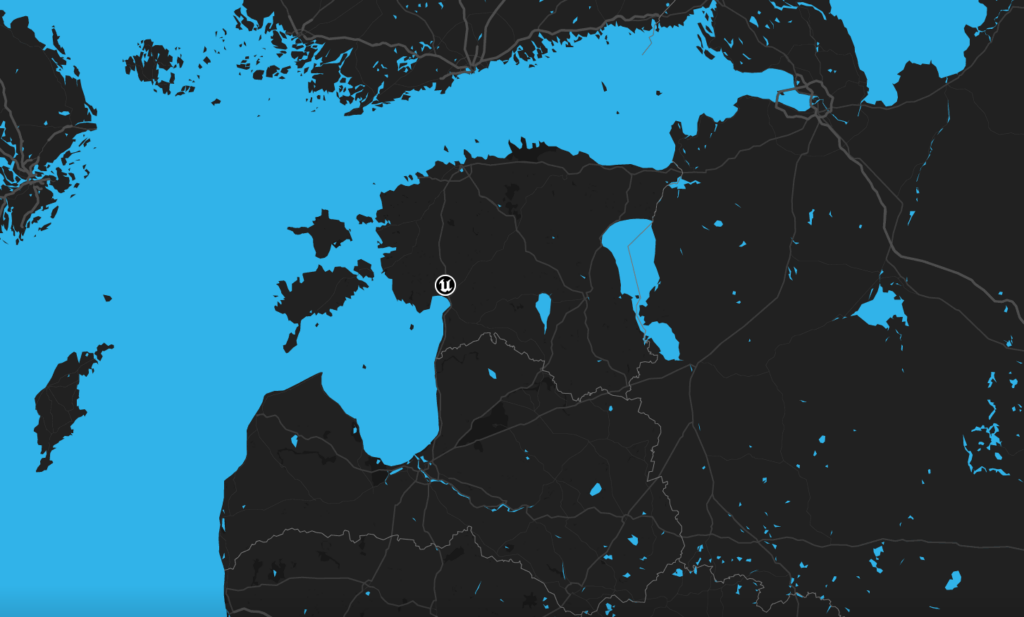 For the second time this year, Gamecan attended the Mobidictum Business Conference in Turkey, where our CTO Flávio Pontes gave a talk on “Thinking Ahead: Developing a PC game in Unreal Engine slated for Consoles.” 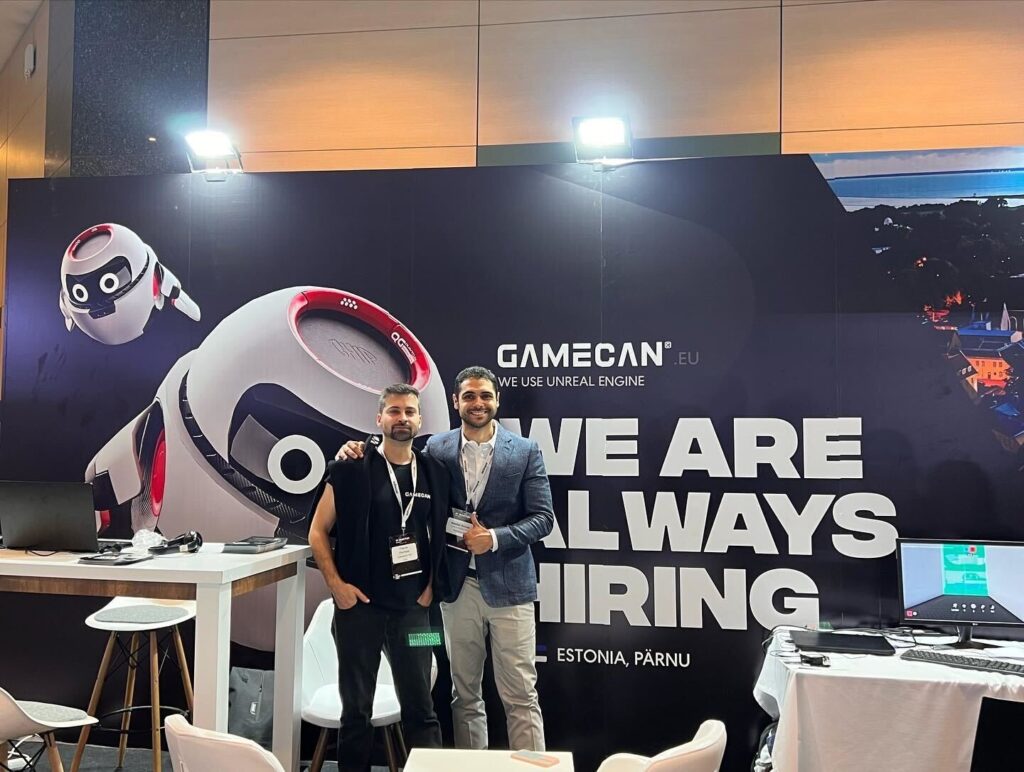 In addition, Gamecan participated in MängudeÖÖ, Estonia’s biggest video game expo, where we had a corner to showcase our merchandise and experiences and got to play all the latest Estonian-made games. It was a great opportunity to share our knowledge and have fun with Full Cycle Game Academy students! 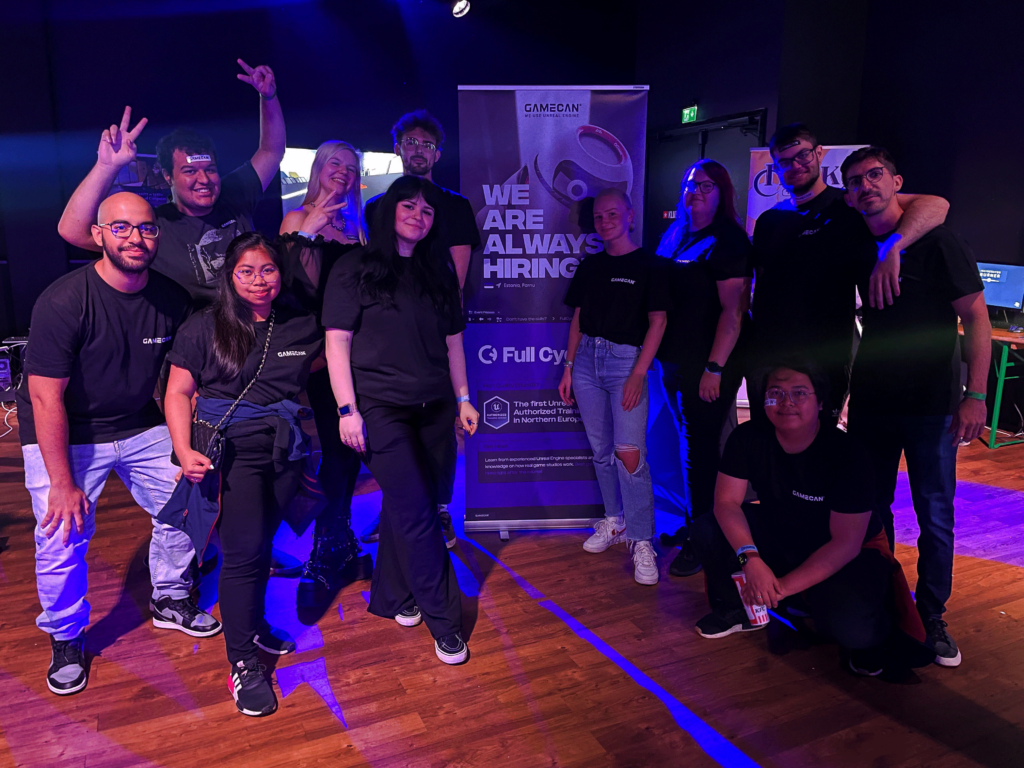 In October, Gamecan celebrated a big milestone and moved into a brand new office space! We also celebrated Halloween by dressing up as favorite characters and had a fun gaming session. 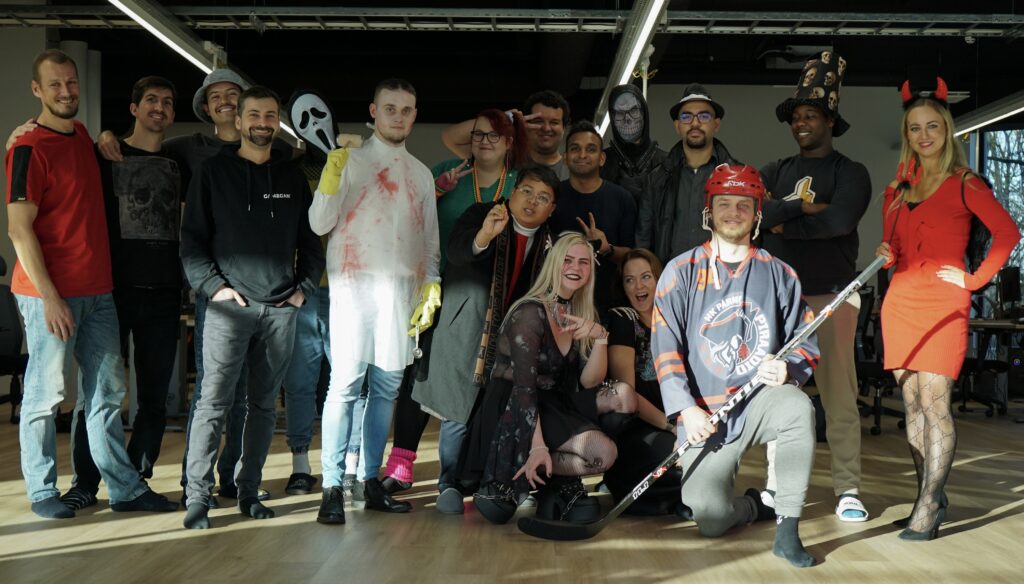 The Indian ambassador of Estonia Shri Ajaneesh Kumar visited Full Cycle Game Academy and Gamecan, touring the new office and discussing potential cooperation. The ambassador was welcomed by Full Cycle Game Academy students, who shared their thoughts on the importance of this education and why Pärnu is a great place to study game development. It was an honor to have such an important figure visit us and share valuable insights. 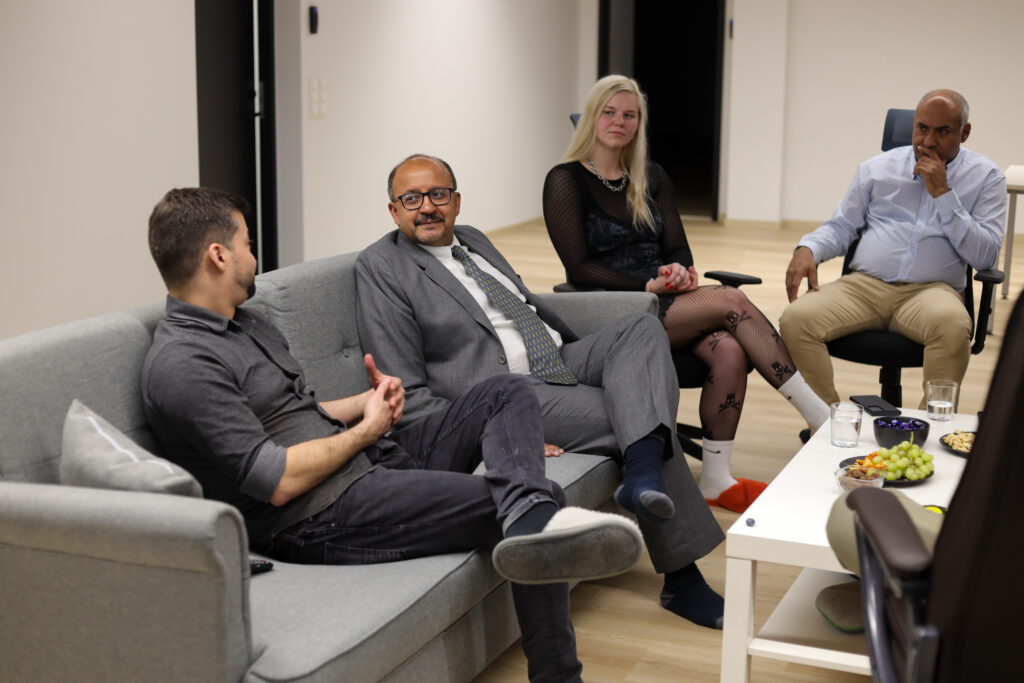 In November, the Gamecan team and Full Cycle Game Academy students attended the Gamedev Meetup #5 hosted by Andrejs Rusinovskis from Gamedev Estonia. The event took place at a rooftop bar in Tallinn’s T1 mall and featured talks from Ari Arnbjörnsson from Epic Games and Gamecan team members Leonardo Rocha and Vahab Ahmadvand. The talks covered topics such as behavior trees and game design in Unreal Engine, and were well-received by the audience. The evening included snacks, drinks, and a dinner, and ended with laughter and partying. 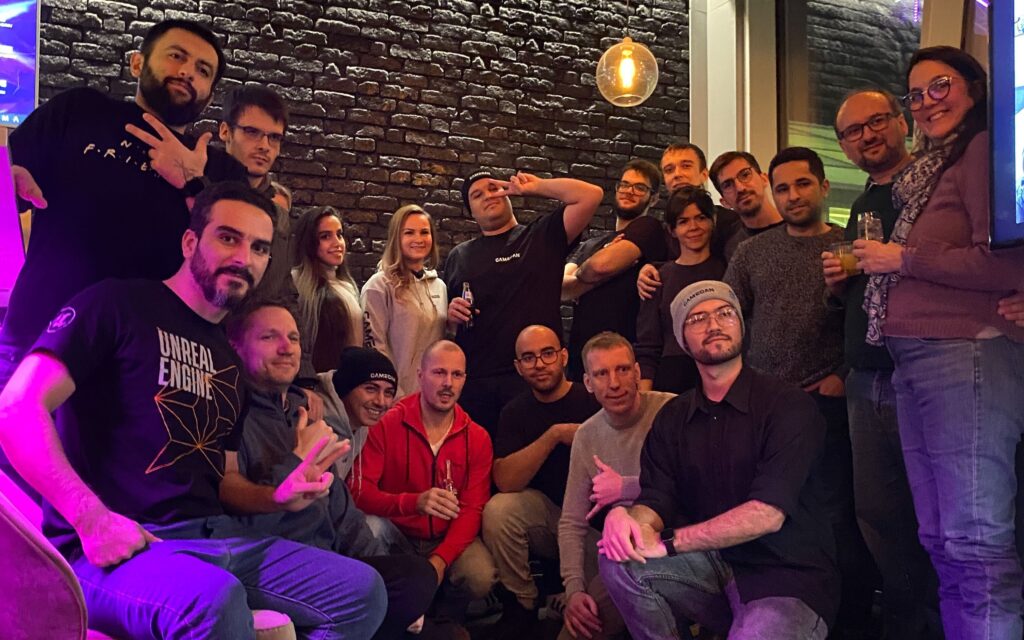 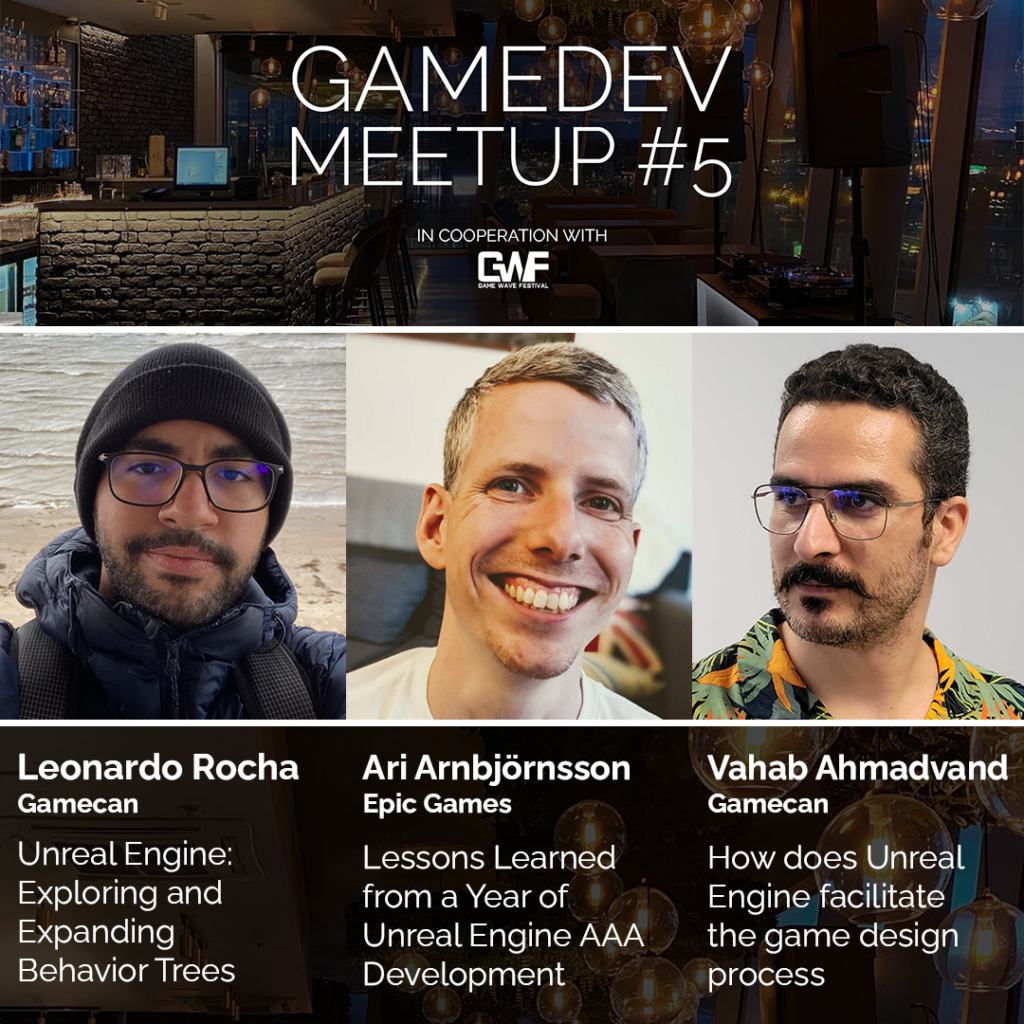 In December, we celebrated our annual Christmas party. The party was a great opportunity for the team to come together and enjoy each other’s company. We had a variety of appetizing Christmas foods from all over the world and drinks from the office bar. The evening was filled with laughter, dancing and good company. 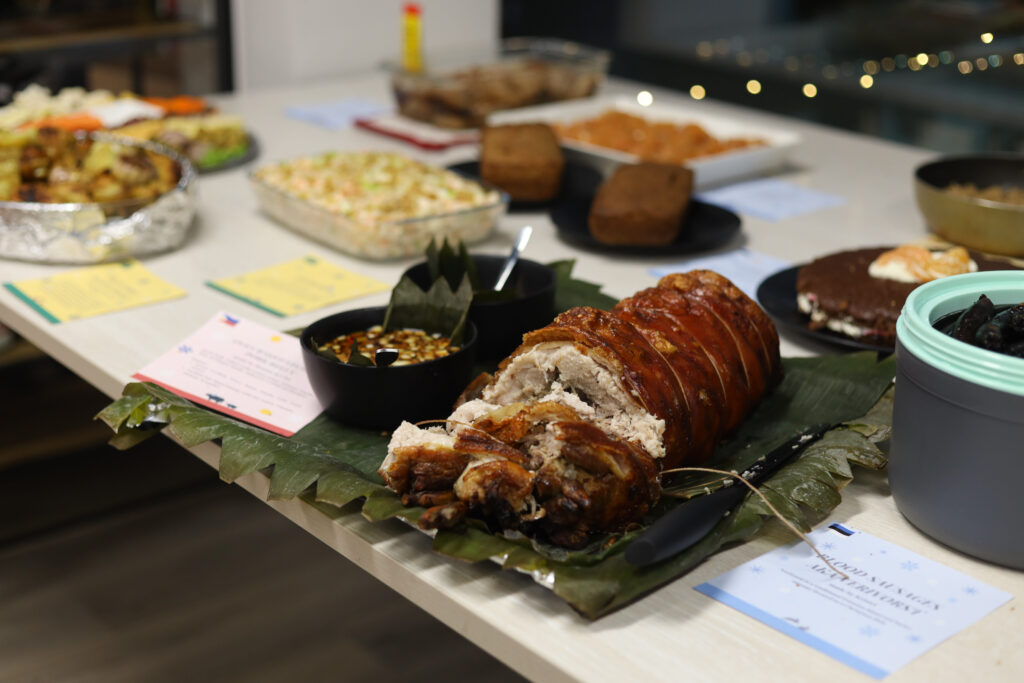 We also exchanged secret Santa gifts, which added an element of surprise to the evening. It was a wonderful way to kick off the holiday season and we are already looking forward to next year’s party! 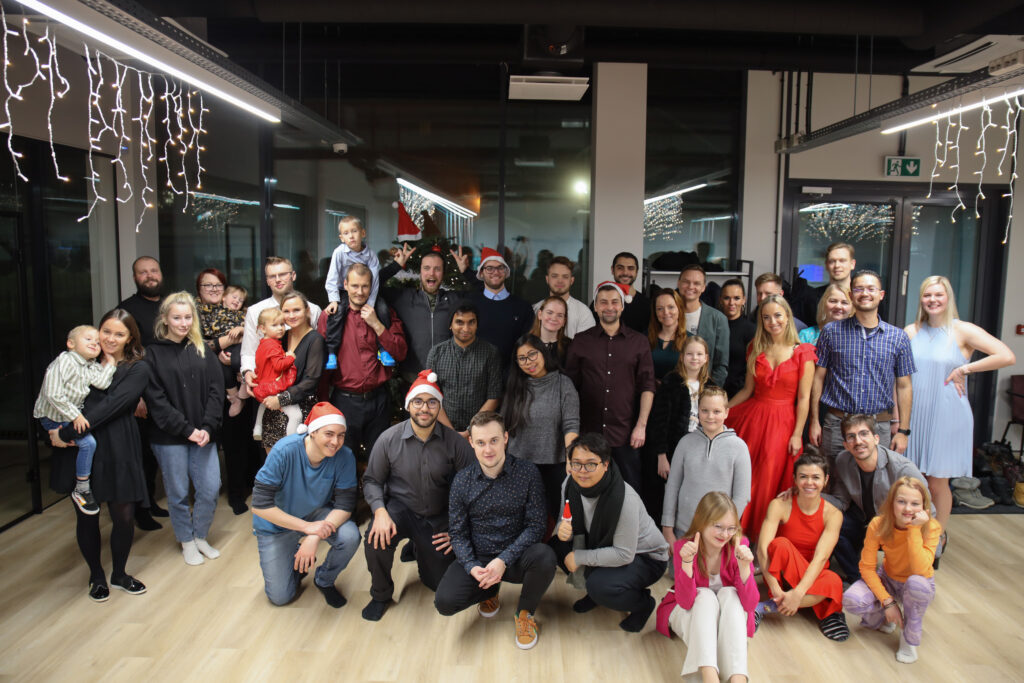 We want to give a big thank you to everyone who came and helped make 2022 such a memorable and enjoyable year. We can’t wait to see what 2023 will bring to Gamecan’s doorstep!