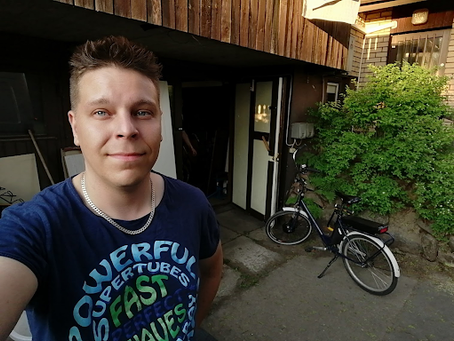 Over the Gulf – Joonas’s story

Our producer Joonas is sharing his story on how he found his way to Gamecan.

My story with Gamecan starts at the Pärnu Games Incubator program in the summer of 2021 which Gamecan organized. Me and my friends had been developing a game about Finnish suburban stories in the 90’s and we applied to the incubator and got in. At the time I had little ties to my whereabouts so it was easy for me to take an adventure and relocate to Pärnu for two months in the heat of the summer. I got a very affordable Airbnb, travel tickets and off I went, pow! On the site I quickly reached Tomi Toikka, the main coach of the incubator. He invited me to Gamecan’s Spa Tuesdays, an event which is part of their company culture. Couple of years ago I would have been thrilled that some company has a culture like that, but on the adventures in the game industry I have learned that it is normal for the most innovative, modern companies, so the company is on the right track. At the spa I met Marten, the CEO of Gamecan. 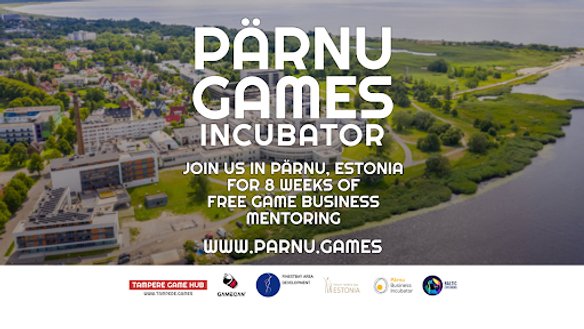 Marten, a humble serial entrepreneur and a break-dancer or a bboy to use a correct term. Cool guy as we may say in Finland without extra exaggeratements. Where comes hip hop culture, it has always been part of my life and identity as well as entrepreneurship and startups in the late years. Talks went quickly to Gamecan’s recruiting processes and that they are primarily looking for good human beings because you can teach work related stuff, but changing the attitude is hard work and there could be work opportunity in Gamecan for me. Then we hit the obstacle – Marten said that they tend to hire for life.

I said that there we have a problem, I’m an entrepreneur like you, I have wide range of operations going on in Finland. ”Would you consider working for me, for a life?” – I asked him as an example. He said never and we laughed and had a silent understanding. Estonians are so Nordic that it’s easy to get along.

After two summer months of incubator program and numerous Spa Tuesdays something started to tell me that: “Hey, maybe this is a good enough offer that I’d regret not to take.” I told my project lead that there could be a job opening in Estonia. To my surprise he said that if I’m not a fool I’d take such an opportunity and told me to think about what learning experience it would be and our project is most likely a side project for a long time. I was still hesitant. As I’m used to the startup world, it needs to be something super ambitious that it gets my interest and especially my most valuable asset, time. That’s where Marten told me about his plan to make Pärnu a game development Mecca.

He wants to build Pärnu to a place where every game company and developer wants to work in the future. Wait, it’s getting better. While doing that, to raise the game development scene in Estonia to match the global level. My interest grew Nordicly slow, but when he mentioned building a smart city for developers in Pärnu with optimal living conditions, it got me. Gamedev, Hiphop, nationwide game industry development and smart city building with awesome company culture in the same packet. That hits all my core nerves. I usually say no to things that tie me up, but a small voice in my head said, “Joonas, you know that this begins to be a pret-ty good offer right now, try, please try to consider taking it.” That’s when I said yes, went to the next Spa Tuesday and informed Marten about it and Marten said – “No”. 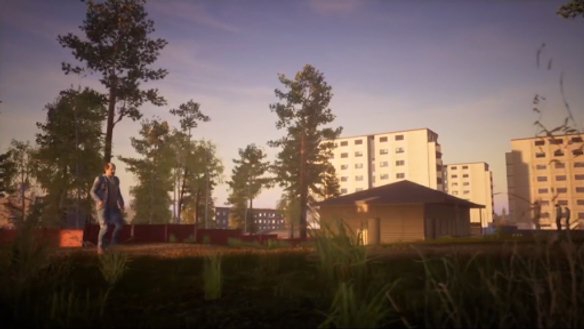 I’ve been making games since 2012, when I entered the game industry scene by my hometown Jyväskylä’s IGDA hub Expa Game-Business Co-operative. We had game jams, built various game projects and got to know industry basics, publishers, gamedesign, community, producing and events. That was the time 10 years ago when we saw the industry and community rise in Finland. Convincing city and nation officials that the game industry is more than kids-play. A lot more as we know now. We got first school classes of game development and then the actual degrees building up not mentioning the new companies rising and falling. That’s exactly where Estonia’s scene is right now. Imagine the work that we did lobbying people in charge in governments that yes, the game industry is an actual thing and yes, it’s a very profitable one. Now Finland’s primary export product is not wood, not paper mills, not indestructible mobile phones but digital games with 500M€ of net profit in 2020. 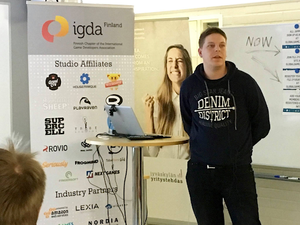 So after the adventures in the game industry in Finland, couple of companies founded, and smart city hackathons created. What do you mean Marten, no? Me and this company are a perfect match and my bar to work for somebody but myself is above the clouds.

It revealed that of course, it’s risky to take a new guy in who is already working on his dream game, an adventure based on his childhood neighborhood. The danger is that the company trains him and then he leaves, but like always, there is a solution. As I said my project manager said that our project will always be a side project unless we get good funding and some professionals to work on it full time especially on the end part of the project. Unreal professionals. Geez, I wonder where I can find some. I talked to Marten that I can help Gamecan to produce games on it’s way to the top and besides that, help Estonia to get it’s vital gamedev scene and help build Pärnu a gamedev Mecca. And if everything goes well, I got one more cool project to the studio. We started to form an understandment and sealed it by the strongest Nordic commitment possible – a handshake.

I got a couple of months to organize my stuff back in Finland. I cancelled the rental contract as well as my positions of responsibilities in entrepreneur organizations and sold my companies. The moving process itself was pretty painless. I got a guy from Facebook to drive my stuff to Pärnu and by luck my friend’s sister’s husband happens to be a real estate dealer in Pärnu so I got a place to stay quite easily. During the process I realized that I’m actually moving permanently to another country which kind of scared me so I asked on our Slack channel what to do. People say that things get smaller when you put them into perspective and that is what happened here. Our Argentinian developers were a bit amused by my question. They said that bro, you can go home for a weekend, our home is across the planet. That’s right. It takes me 9-11 hours to reach my hometown by bus, ferry and bus or train. Doing a quick visit for a weekend is a little bit too much hustle, but a longer weekend is plausible. I just wait until they get the Rail Baltica and the Finest Bay Area tunnel between Tallinn and Helsinki, which would cut my trip hours to 5 or when the airport of Pärnu will be opened again, if they happened to have a straight flights to Jyväskylä, the travel time from city to city would be even 1,5-2 hours. Hi mom! 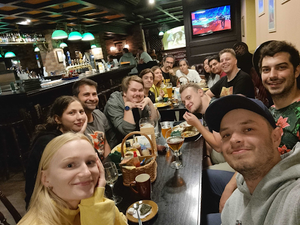 So here I am. Living in Pärnu, producing video games as a part of Gamecan. I find it super interesting as the company is growing fast as the scene in Estonia itself and it’s super to build, especially as I have seen it happen once already in Finland. The hyper international work environment is also super stimulating. While I write this on my office chair, in 5 meters there are 9 different nationalities I think. I consider myself super lucky and I’m grateful for this opportunity to take part in such an adventure.